TOP 10 GAMBLING CITIES IN THE US

Gambling is one of the biggest economic source of United States Of America. Gambling cashes approximately $137,5 billion every year for United States. 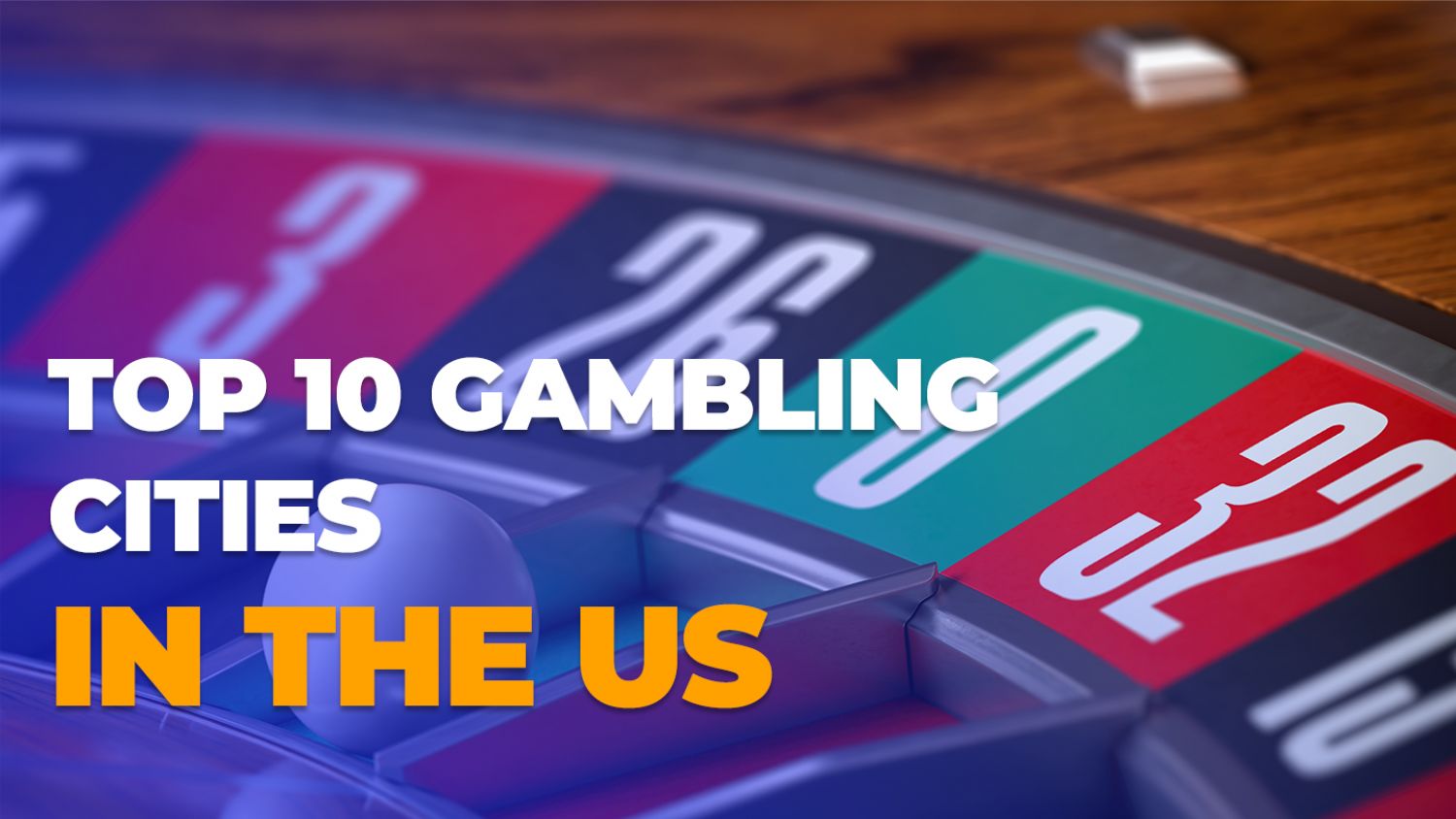 TOP 10 GAMBLING CITIES IN THE US

Gambling is one of the biggest economic source of United States Of America. Gambling cashes approximately $137,5 billion every year for United States. In the Top 10 Gambling Cities In The US list we did some research and found the best cities you can gamble in US. Some of these cities are also a big attraction for tourists. The cities in this list are very elegant and luxurious and so are it’s casinos. So if you want to play on some big numbers these cities in this list are your best options in USA.

There are no words enough to speak about how big this city is about gambling. Las Vegas is probably the best gambling city in the world and definitely has some of the best casinos. The city is also known as ; “Gambling Capital Of The World”, “Entertainment Capital Of The World”, “City Of Lost Wages” and “Sin City”. Today, Vegas and Las Vegas strip are fully covered with casinos and their accompanying accommodations. Actually Las Vegas is so big and visited by so much people, the city has 15 of the 25 largest hotels in the world.

Atlantic City is mostly considered as “America’s Favorite Playground” by many, as if Atlantic City is the Las Vegas of he east coast. There more than a dozen casinos in Monopoly City and it’s probably the best place to gamble in the East Coast. Atlantic City actually used to be larger than Las Vegas until largest city of Nevada got it’s expansion. For people who wants to have a good view and casinos, then Borgata Hotel Casino and Tropicana Atlantic City are looking right at the beach in Atlantic City.

This is another major gambling city that is in our Top 10 Gambling Cities In The US. There are nine casinos in Biloxi and they are even in rival with Atlantic City itself. The best casinos in Biloxi are ; “Harrah’s Gulf Coast”, “Palace Casino” and “Beau Rivage Resort” and they quickly made Biloxi one of the best gambling city in US. A fact about this amazing city is, Mississippi actually offered only riverboat casinos until it changed because of Hurricane Katrina that destroyed most of them. Now you can enjoy all you want with huge and luxurious casinos in Biloxi.

After a short break, we are back to Nevada. Reno is another major gambling city in Nevada and the US. Reno is the first place to look for after Las Vegas in Nevada. Reno has over 20 casinos and at some point it was considered the best gambling city in the US until Las Vegas took this title in the 1950s and 1960s. Reno has thousands of slot machines and table games, it actually offers pretty much everything Las Vegas offers, except in a smaller scale this time.

This city that is in our Top 10 Gambling Cities In The US list is a very unique one. The city that is located on the Mississippi River is an influence to the movie “The Big Easy”. Gambling in this city also started off as a riverboat attraction with gamblers being lured by the fact that they could travel on Mississippi while placing their bets. At some points, the casinos in this city moved more inland especially after when Katrina hit the city and destroyed the riverboat ones.

This city offers some of the most amazing gambling experiences in the US. Fort Lauderdale is just a few miles away from Miami and most people who visits Florida gambles in here. This city is also a port city for many cruise lines. The best part about Fort Lauderdale is you can go on a cruise which has a casino on and all the money you win is going to be yours because international seas don’t have any income taxes.

This city is a unique one for US. The reason is Philadelphia is also known as a birthplace of the United States from many people and that reason alone makes this city special. Philadelphia with around 1,5 million people is the 6th largest city in the United States. The largest casino in this city is SugarHouse Casino with around 50 table games and 2000 slots and has 28 poker tables.

This city that is in our Top 10 Gambling Cities In The US list has one of the largest gambling places in the world ; “Foxwoods Casino Resort” . The casino had some financial problems in the past but they still managed to recover and expand the business. The casino has around 4800 gaming machines and over 380 table games. The resort also features ; hotels, concert venues and restaurants.

This city ad it’s surrounding area which is called “Chicagoland” takes in annual gambling revenue of over $2,5 billion. Even though the city itself doesn’t permit casinos to open, the metropolitan area near Chicago has more than a dozen of them. Casinos like “Star Ameristar Casino Hotel”, “Grand Victoria” and “Majestic Star” offers a multi-story casino floor with thousands of slot machines and table games.

Not mentioning Los Angeles in our Top 10 Gambling Cities In The US list wouldn’t make this list complete. Los Angeles is definitely one of the most beautiful cities in the US. There are around 10 casinos in this city and the largest one is “Carnival Dream Casino” and there are other popular establishments like “Commerce Casino & Hotel” and “Bicycle Casino”. Despite being a great city for gambling, Los Angeles offers some of the best views in the entire United States with it’s sunny beaches and palm-covered boulevards.

That was the last city in the Top 10 Gambling Cities In The US list. If you have been at any of these cities or planning on traveling or gambling there, please tag us on Instagram and share your reactions and feelings with us as a feedback.